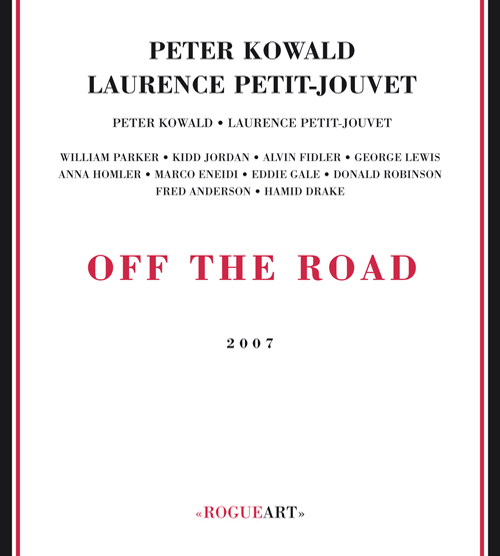 Fred Anderson (March 22, 1929 – June 24, 2010) was an American jazz tenor saxophonist who was based in Chicago, Illinois. With a distinctive forward-bent playing posture, Anderson's playing was rooted in the swing music and hard bop idioms, but also incorporated innovations from free jazz, rendering him, as critics Ron Wynn and Joslyn Layne have written, "a seminal figure among Chicago musicians in the '60s."Anderson was born Monroe, Louisiana. He grew up in the Southern United States and learned to play the saxophone by himself when he was a teenager. Anderson moved his family to Evanston, Illinois in the 1940s. He studied music formally at the Roy Knapp Conservatory in Chicago, and had a private teacher for a short time. Fred worked installing carpet for decades to sustain his music and his family, before opening up a succession of important Chicago nightclubs. Despite Anderson's prominence as an avant-garde musician, his guiding inspiration was Charlie Parker, portraits of whom are prominently displayed at Anderson's club, the Velvet Lounge. He was one of the founders of the Association for the Advancement of Creative Musicians (AACM) and an important member of the musical collective. His partner for many years was the Chicago jazz trumpeter Billy Brimfield. Anderson appeared on several notable avant garde albums in the 1960s, notably the seminal Delmark recordings of saxophonist Joseph Jarman, As If It Were The Seasons (1968), and Song For (1966), which includes Anderson's composition "Little Fox Run." In 1983, Fred Anderson took over ownership of the Velvet Lounge in Chicago, which quickly became a center for the city's jazz and experimental music scenes. The club expanded and relocated in the summer of 2006. Before that, his eclectic Beehive bar in west Chicago was a draw where musicians from around the world drank beer and played, mostly for each other. Though he remained an active performer, Anderson recorded rarely for about a decade beginning in the mid-1980s. By the 1990s, however, he resumed a more active recording schedule, both as a solo artist, and in collaboration with younger performers, notably saxophonist Ken Vandermark and drummer Hamid Drake. Anderson acted as mentor to young musicians who have gone on to prominent careers in music, either by featuring them in his groups or as performers at the Velvet Lounge. The list of musicians who he helped bring to public attention includes Drake, Harrison Bankhead, David Boykin, Nicole Mitchell, Justin Dillard, Aaron Getsug, Josh Abrams, Fred Jackson, George Lewis, Karl E. H. Seigfried, Isaiah Sharkey, and Isaiah Spencer. His son, Eugene Anderson, is a drummer.