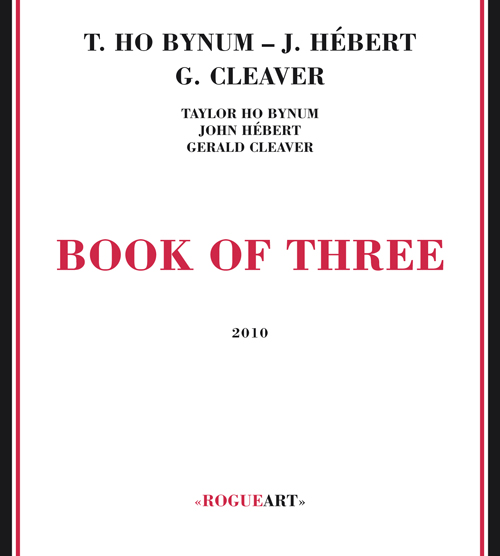 John Hebert, bassist, was born in New Orleans, Louisiana where he first began to study double bass with Bill Huntington. John attended Loyola University of New Orleans where he received a full scholarship. After two years of performing with many of New Orleans greatest musicians and performing at various clubs including the New Orleans Jazz and Heritage Festival he moved to the New York tri-state area to attend William Paterson University where he continued his studies under bassist, Rufus Reid and received a Bachelor of Music in Jazz Performance. Since that time John has lived in New York City and has become a highly in-demand bassist. He has worked along side such world famous artists such as Andrew Hill, Lee Konitz, Paul Bley, John Abercrombie, Kenny Wheeler, Paul Motian, David Liebman, Uri Caine, Greg Osby, Bill Stewart, Marc Copland, Fred Hersch, Maria Schneider, and many others. He also leads his own group, Byzantine Monkey, and has received high praise for his compositions and individual playing style. He is also mentioned in Downbeat’s 2006, 2007 and 2008 Critics Poll as a “Rising Star Acoustic Bassist”. From 2001 until Andrew Hill’s passing in 2007, John worked with Mr. Hill in various ensembles. John is also featured on Andrew Hill’s latest Blue Note release, “Time Lines” which was awarded “Record of the Year” by Downbeat’s Jazz Critics Poll in 2006. John has also performed around the world at festivals such as the North Sea Jazz Festival, Tampere Jazz Festival, Montreal Jazz Festival, Moers Jazz Festival, Ear Shot Jazz Festival, San Francisco Jazz Festival and many others. He can also be heard in some of New York City’s most established venues such as The Village Vanguard, Blue Note, The Jazz Standard, Birdland, and the Iridium.“Hebert's fractured ostinatos are a thing of wonder” AAJ Chris May of Andrew Hill’s Time Lines (Blue Note) “Hebert has everything one would want in a bassist, excellent time and tone, sensitivity as an accompanist, and good solos.” Paul Combs 2001 “The answer lies in the syncopated, timed-just-right bomb-dropping and life-size sound of acoustic bassist John Hebert, a valuable asset..” Phil DiPietro 2004 “Hebert's bass, even when accompanying and providing harmonic and rhythmic support, feels like a contrapuntal voice” AAJ Bud Kopman 2008