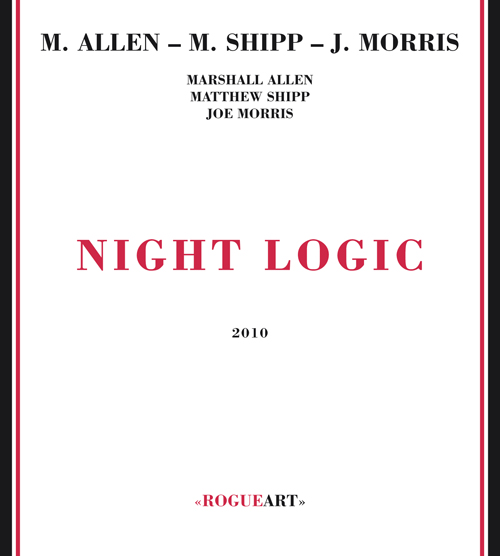 Marshall Belford Allen (born May 25, 1924 in Louisville, Kentucky) is an American free jazz and avant-garde jazz alto saxophone player. He also performs on flute, oboe, piccolo, and EVI (an electronic valve instrument made by the Akai company).
Allen is best-known for his work with eccentric keyboardist/bandleader Sun Ra, having recorded and performed mostly in this context since the late 1950s, and having led Sun Ra's "Arkestra" since 1993. Critic Jason Ankeny describes Marshall as "one of the most distinctive and original saxophonists of the postwar era."
During the Second World War he enlisted in the 92nd Infantry Division and was stationed in France. Allen studied alto saxophone in Paris and played in Europe with Art Simmons and James Moody.
He is best known for his mastery of pyrotechnic effects on the alto - he has said that he "wanted to play on a broader sound basis rather than on chords" (1971 interview with Tam Fiofori cited in). The opportunity came through his long association with Sun Ra, with whom he performed almost exclusively from 1958 to Ra's death in 1993, although he did record outside the Arkestra, notably with Paul Bley's group in 1964 and also played with Olatunji's group during the mid-1960s. Critic Scott Yanow has described Allen's playing as "Johnny Hodges from another dimension."
Since the departure of Sun Ra and John Gilmore, Allen has led the Arkestra, and has recorded two albums as their bandleader. In May 2004, Allen celebrated his 80th birthday on stage with the Arkestra, as part of their performance at the Ninth Vision Festival in New York City. Allen gave another performance on his birthday in 2008 at Sullivan Hall in New York City.
Allen often appears in NYC-area collaborations with bassist Henry Grimes and has also participated in the "Outerzone Orchestra" together with Francisco Mora Catlett, Carl Craig and others in an appreciation of Sun Ra's music.