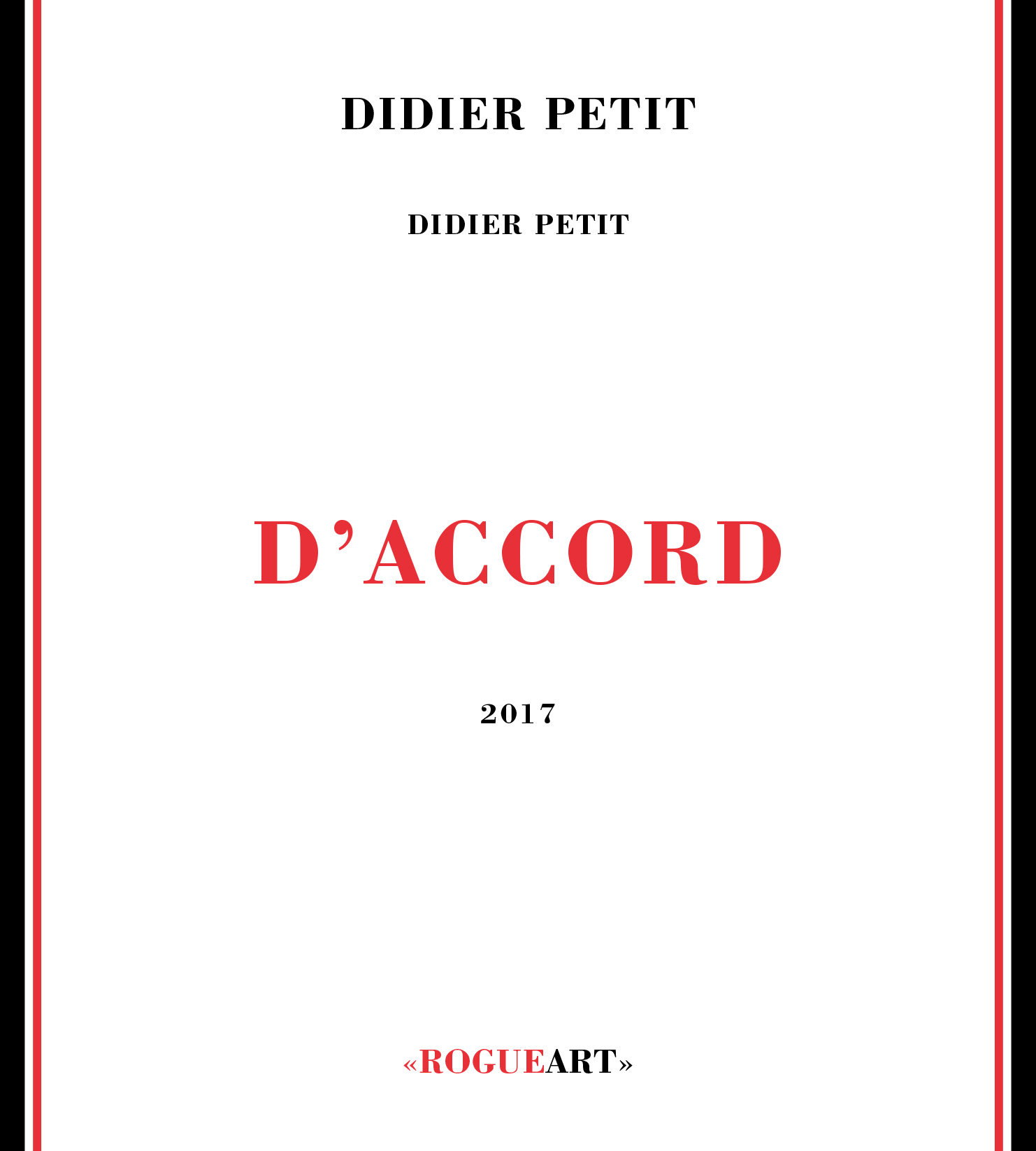 “The third part of a triptych after “Déviation” and “Don’t Explain”: totally mature, a brilliant solo cello album”

All compositions by Didier Petit

This disc is the after since the before, it closes 20 years of a different practice of this instrument I’ve been lugging around for nearly 50 years. I’ve always thought of it like the embryo of another that finds itself after the same. After all these years, I don’t really know anymore who’s the instrument of whom. The Cello, despite not being a tool of its time happens to be quite comfortable in our times. Putting aside its diversity of sounds that can make electro-acousticians green with envy, no one takes if for what it is, which is a major strength. Mine was built at the end of the 19th century, it conforms to sustainable development criteria and can be transported anywhere without difficulty. It’s long been able to emancipate itself from industrial pressure, and is therefore out of the competition and out of the market economy while being a part of the market economy. With it, I instrumentalize music according to my moods, my demons, my furies, my elations. I ritualize my ruminations… Didier Petit, excerpt from the boklet