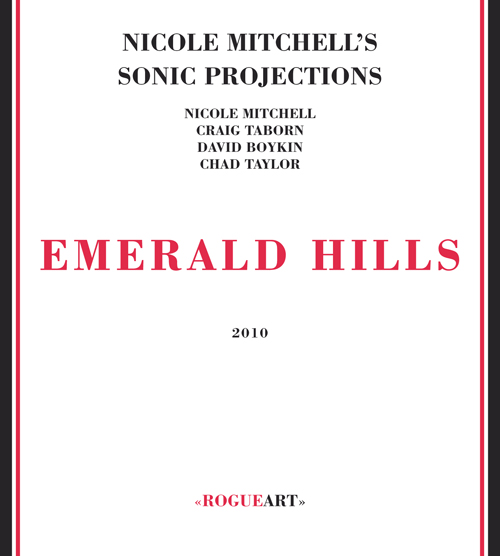 “One of the sharpest sessions from Nicole Mitchell in years; an album that still holds onto the spiritual depth”

...The writing, or rather the musical cards drawn up by Nicole Mitchell for Sonic Projections carefully and continuously handle many openings and many transitions.
...It is fascinating to hear each musician circulating freely in the space of each piece, following the internal logic of the proposed forms and spacing them out, bringing in other forms inside and round about – stretching and projecting the meaning, as if to respect the opulence of things with their doubles. Each musician is himself a space and a passing place. Such is David Boykin on Wishes, leaning against the other three and giving out one of his enigmatic rewound solos; such is the transformational duo between Craig Taborn and Chad Taylor on the second half of Emerald Hills, passing completely as the interventions or non-interventions of the saxophonist and the flutist go by.
...And if a volcano can project, on demand, lava, sulfur, cinders or scoria, this music projects vision and nourishment. "That's what I love about music – the unlimited possibilities – and always restless to try something else." Alexandre Pierrepont, excerpt from the liner notes