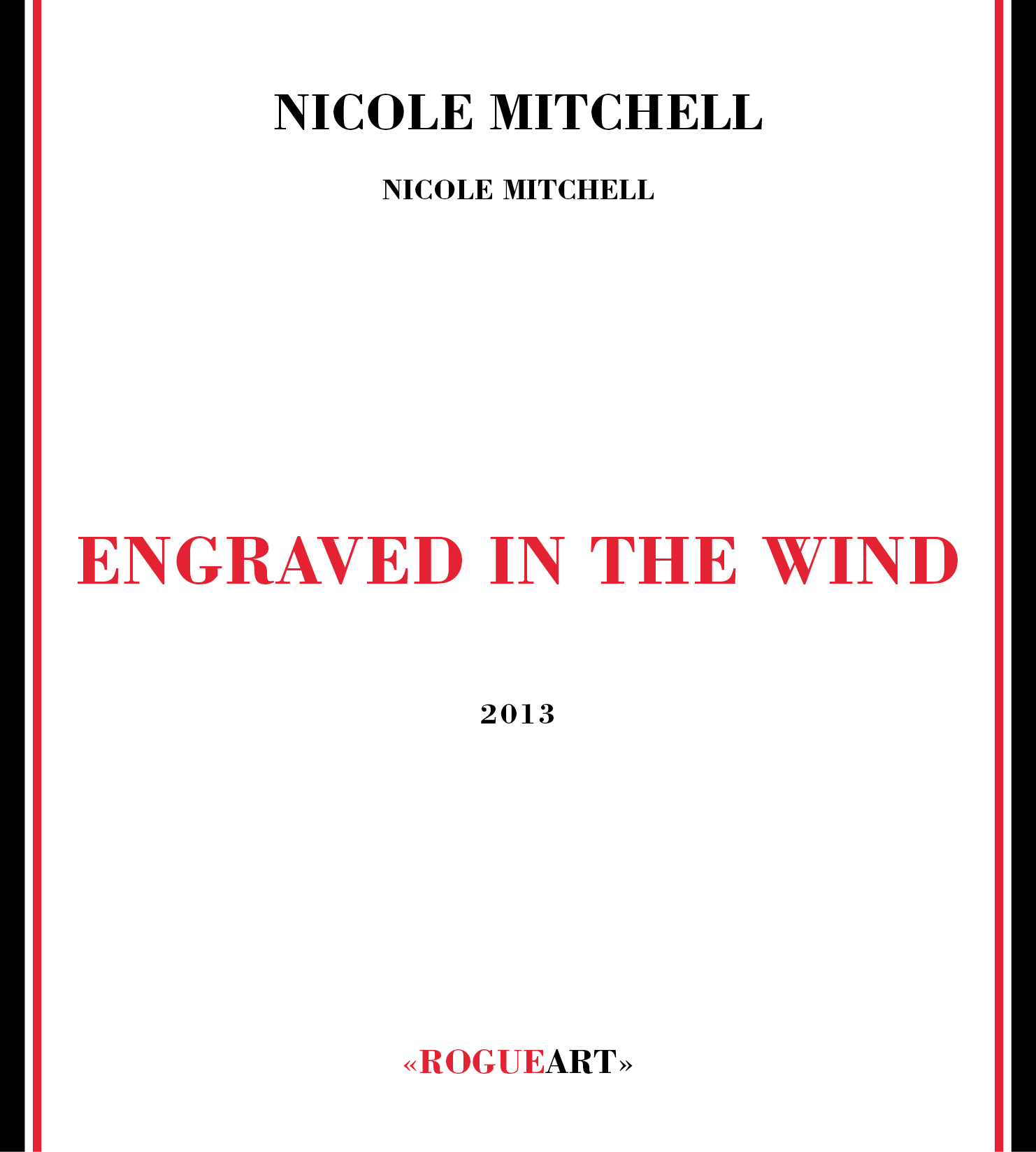 ENGRAVED IN THE WIND

“This recording is a virtuosic tour-de-force: Nicole Mitchell is an innovator and expressive artist with a depth of mastery”

James Newton, Renée Baker and Yung Wha Son pieces have been composed especially for Nicole Mitchell and for this album.

All compositions by Nicole Mitchell except Dadwee, by Aaya Samaa and Nicole Mitchell, Six Wings by Jame Newton, Pratagraha: Virtue of Freedom from Attachment by Renée Baker, Song of Suchness by Yung Wha Son and Agoru III by Alvin Singleton

Nicole Mitchell plays a Powell Conservatory flute that was made especially for her.

You can hear the wind in every breath used to make every sound on this amazing recording. The notion of the wind is also descriptive of the elusive and elemental beauty present in the evocative expression that is engraved in every sound on this recording. The titles of the pieces reflect Nicole Mitchell’s deep connection to nature, which inspires her and informs her artistry.
A performance of one’s solo music is particularly revealing. This recording is a distilled and rarified statement that further solidifies Nicole Mitchell’s position as a major voice in free music. Perhaps more importantly, she has made music that can be understood and enjoyed by anyone who is able to recognize beauty and fine musicianship. For those of us who know her work in groups, or are more akin to the particulars of free music, we can also enjoy her complete originality heard all by itself and her ability to make new music.
This recording is a virtuosic tour-de-force. The technical achievement of this music stands on its own and defines Nicole Mitchell as an innovator and expressive artist with a depth of mastery that surpasses even that which we already know about her.