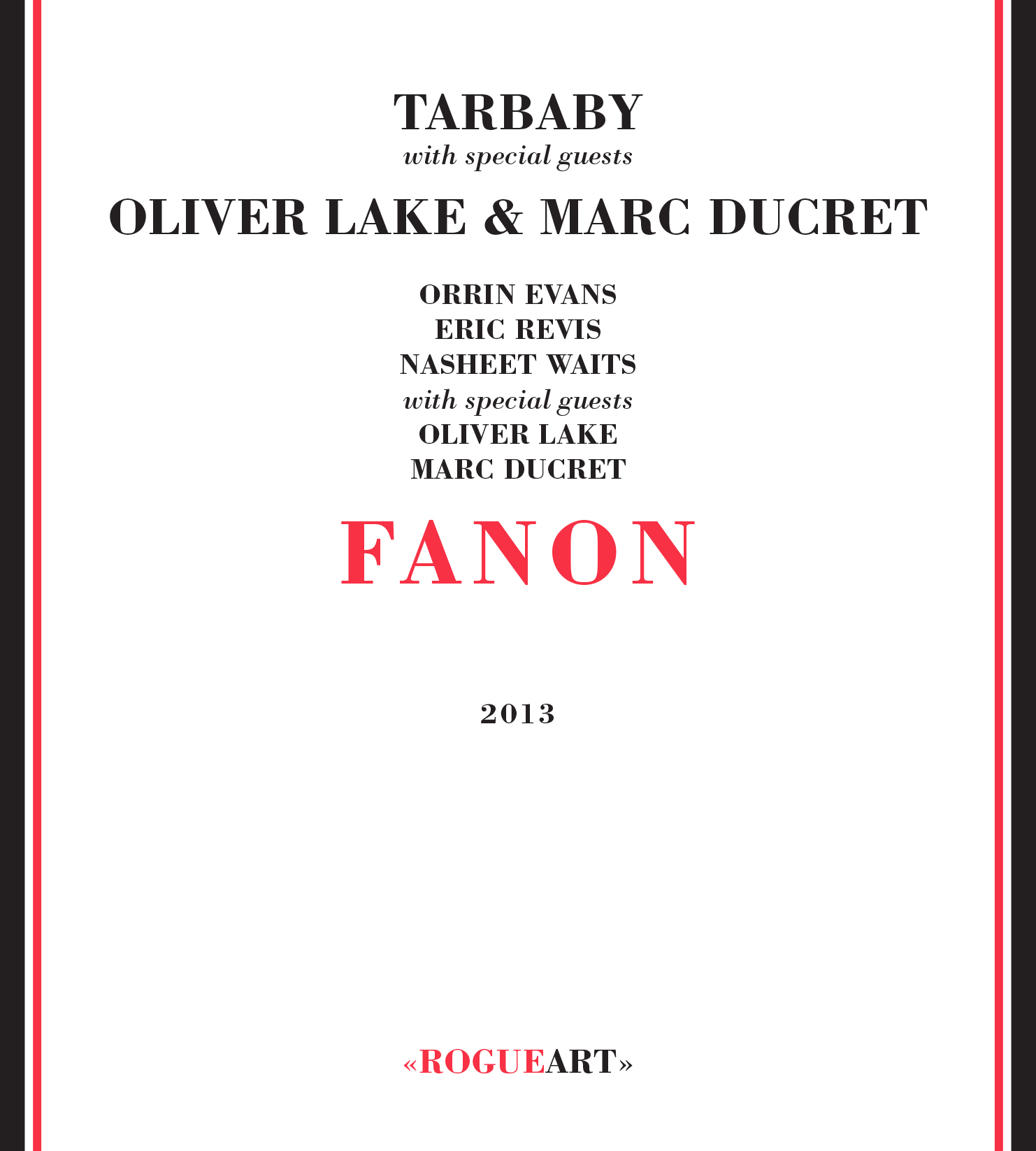 “Tarbaby and its guests offer music of another possible world to impressionism and expressionism, to thinking and acting…”

Violently, this album begins violently, it's unavoidable, even though the music itself can never be as violent as the subject matter it evokes, it creates the similar effect Frantz Fanon aimed at in “The Wretched of the Earth”…
…Introducing pianist Orrin Evans is recalling he studied with Kenny Barron, amongst others, before playing with an array of talents from Bobby Watson to Mos Def. Introducing bass player Eric Revis is recalling he studied with Ellis Marsalis, amongst others, before playing with an array of talents from Branford Marsalis to Ken Vandermark. Introducing drummer Nasheet Waits is driving the rhythm compass wild. It is remembering the son of drummer great Freddy Waits (who played with Bill Dixon and Ella Fitzgerald, Stevie Wonder and Pharaoh Sanders), sponsored at a very young age by Max Roach and Ed Blackwell, acquired power by playing with indomitable leading figures: Andrew Hill, Jason Moran, William Parker, Tony Malaby, Peter Brötzmann... A trio capable of a metamorphic energy, developing itself into a myriad of shimmering shapes, this time with guitarist Marc Ducret, the raging master of brightening and darkening, and with saxophone player Oliver Lake, with his misconduct and turndowns, both embodying/summoning the other, the alteration, as it were with Fanon. Tarbaby and its guests of honor offer a music which is constantly born, it breaks free of its chains, it exacerbates and alters itself, it gives analogical value to the necessary but unclassifiable distinctions, to impressionism and expressionism, to thinking and acting, to order and disorder, it is the music of another possible world, it redistributes wealth as it produces it.…
Alexandre Pierrepont, excerpt from the liner notes