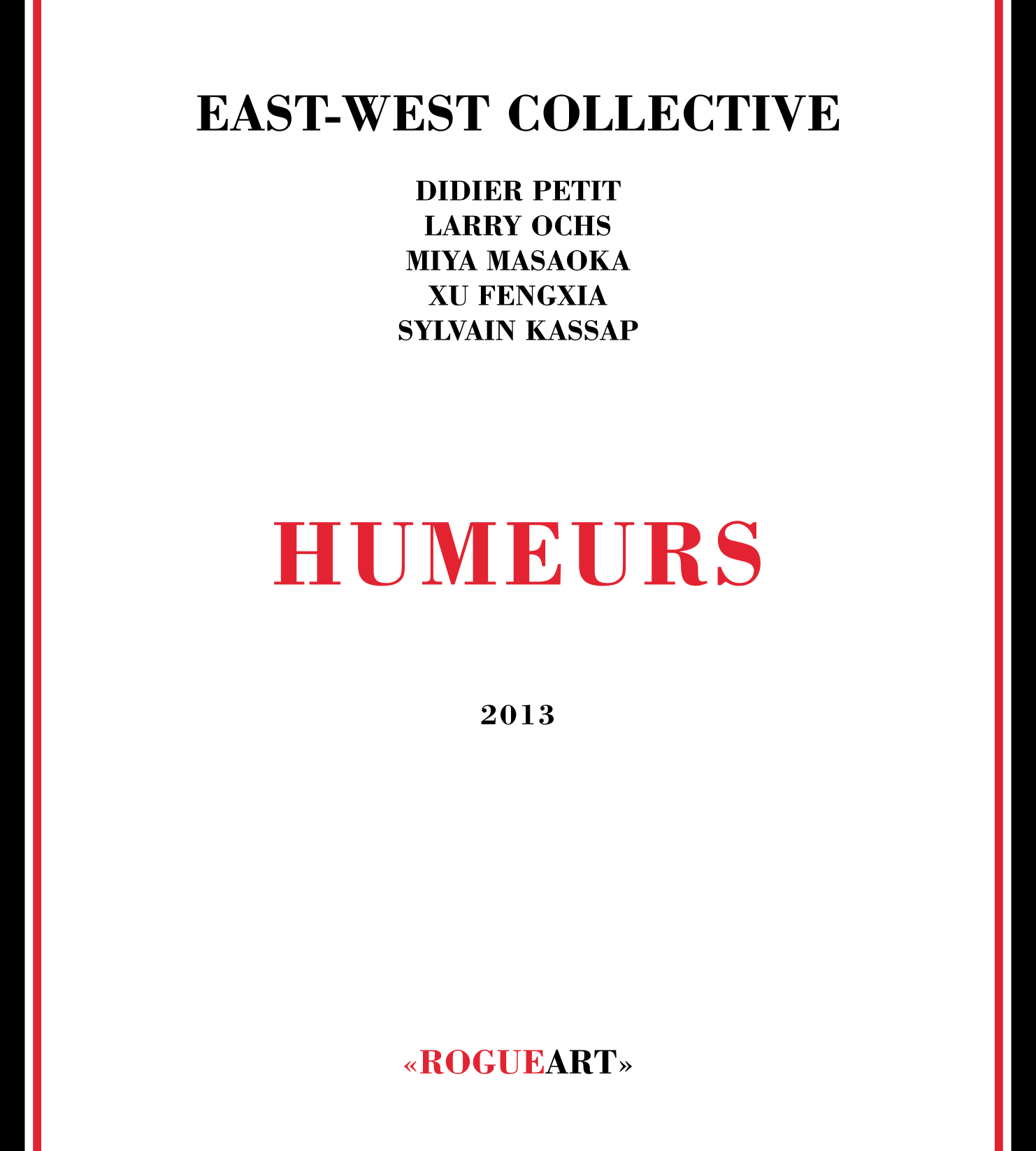 “An open-ended mix of improvisation and more spiritual jazz impulses!”

Xu Feng-Xia and Miya Masaoka know each other by reputation, and an invitation was sent to them to join their European and American partners, in France in April 2012, and in the United States in June 2013. Their pinched-string instruments, constantly adjusted and unadjusted to the sound of Didier Petit's sensitive or wild cello, launch generous summons of intoxication to Larry Ochs’ and Sylvain Kassap's wind and freed breath instruments! We can thus expect anything from this East-West Collective and its interactive / imaginative strategies devised by Didier Petit, from the guzheng and the koto under the fingers and fingernails of the two weaving sisters, of the chancellery of air by the labile clarinet, of the chancellery of water by Sylvain Kassap's bass clarinet, of the sopranino's flint, of the torch and resin from Larry Ochs' tenor. Alexandre Pierrepont, excerpt from the liner notes