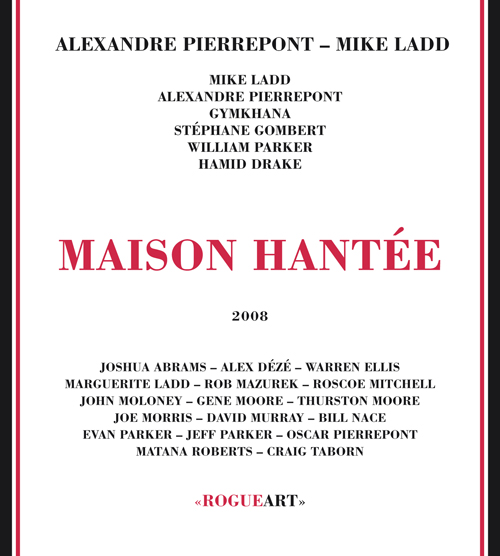 
On one level, both music and poetry are very much the same, that being sound - at least the spoken word would be.
Here in “Haunted House” is a sound design or shape being put forth with multiple meanings psychoacoustically, linguistically, musically that I can only say very little about in terms of meaning, since ultimately it's meaning will be with each individual who experiences this work.
This rhythmic engagement between these two art forms create a third reality of sound gestures and events that collide and integrate. Yet knowing these facts it still does not allow me to analyze or describe exactly what “Haunted House” is.
Hopefully this experience will be a catalyst at some level for good.