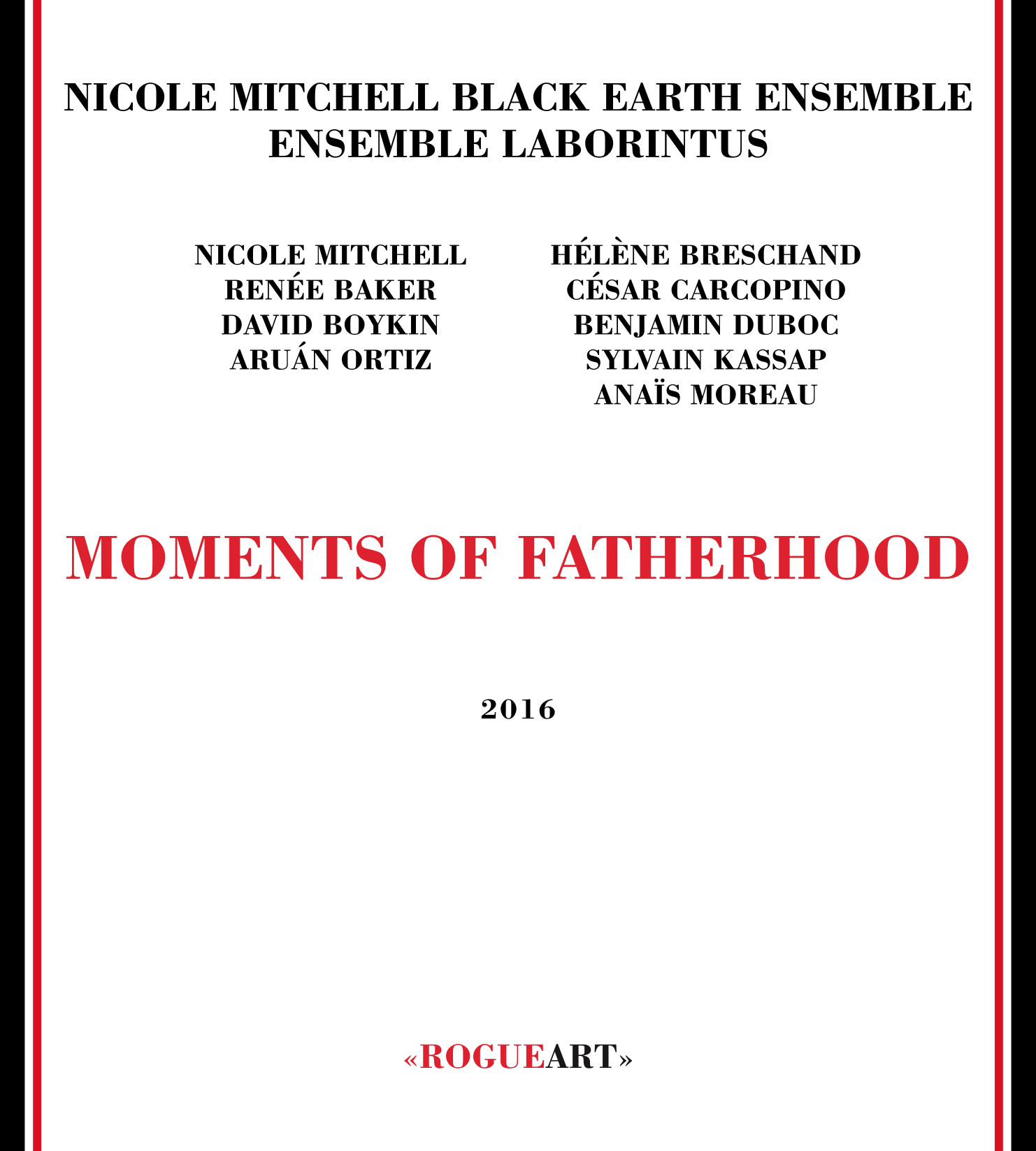 “A collision of aesthetics that results in an uproar of creativity. Inspired by W. E. B. Dubois 1900 World’s Exhibition stunning photographs.”

The idea of “Moments of Fatherhood” was inspired by photographs exhibited in 1900, by scholar and leader of social justice, W.E.B. Dubois. In the wake of America’s Reconstruction Era, Dubois traveled to the World's Exposition in Paris, where he displayed stunning and impactful photographs which proved evidence of African American prosperity and excellence just decades after the Civil War. Dubois’ photographs reframed a positive global view of African Americans for their tenacity and resilience, in contrast to the negative images that had been portrayed by the American media for centuries.
Moments of Fatherhood is a cultural exchange and a musical celebration of fathers that interweaves creative music with contemporary music, inspired by photographs of French and American men with their children. Nicole Mitchell, excerpt from the liner notes