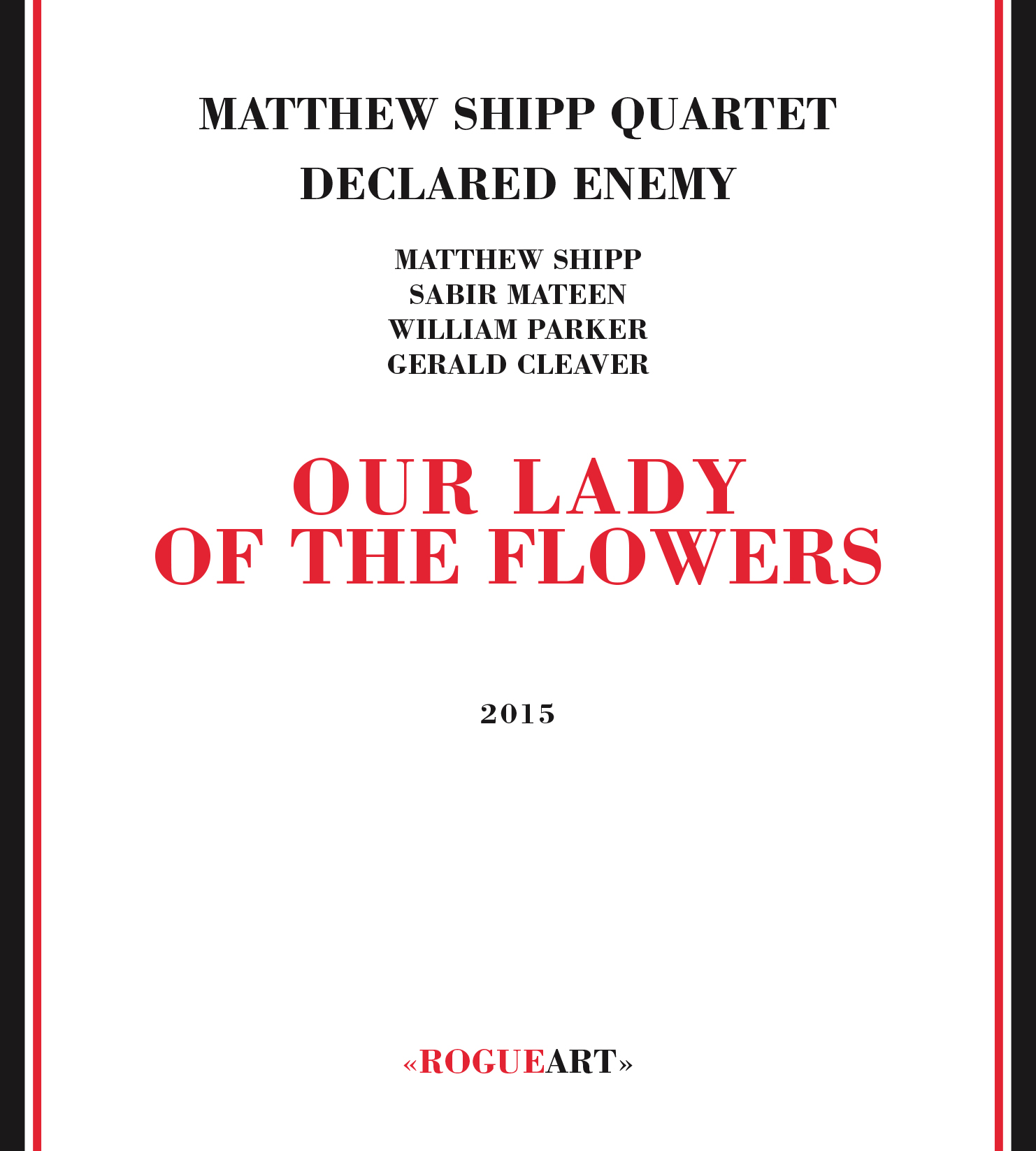 OUR LADY OF THE FLOWERS

“Here are duos, trios, quartet and solos composed by Matthew Shipp, the totality of which, represents his own ideas of individual and group voicing and expression”

All compositions by Matthew Shipp

2006: «ROGUEART» released SALUTE TO 1000001 STARS (Rog – 0004) with a Genet text read by French actor Denis Levant & music written & played by Matthew Shipp & this same quartet he assembled for that occasion which he called Declared Enemy – continuing with that homage Shipp has chosen to name this cd after Genet’s in/famous novel Our Lady of The Flowers > here are duos, trios & solos selected/composed by Shipp, the totality of which, represents his further feelings & involvement with Genet’s work as well as his own ideas of individual & group voicing & expression. Steve Dalachinsky, excerpt from the liner notes