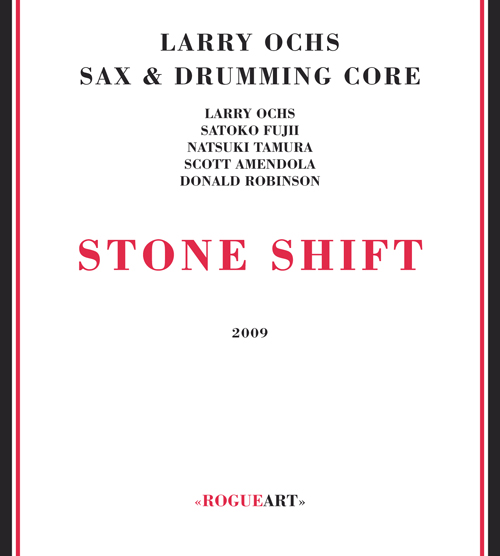 For me form precedes function. If I can’t see the big picture, that universe of sound within which a given piece will come to life, it is hard to organize the internal details. The great thing about the Sax & Drumming Core experience is that I have four special forms developed for this band. So I actually get to write pieces similar to other ones I’ve already penned, just like a jazz band-leader who works with “the changes.”! It’s cool, and it really helps to get to the center of the music and probe and evolve. Larry Ochs, quotation from the liner notes