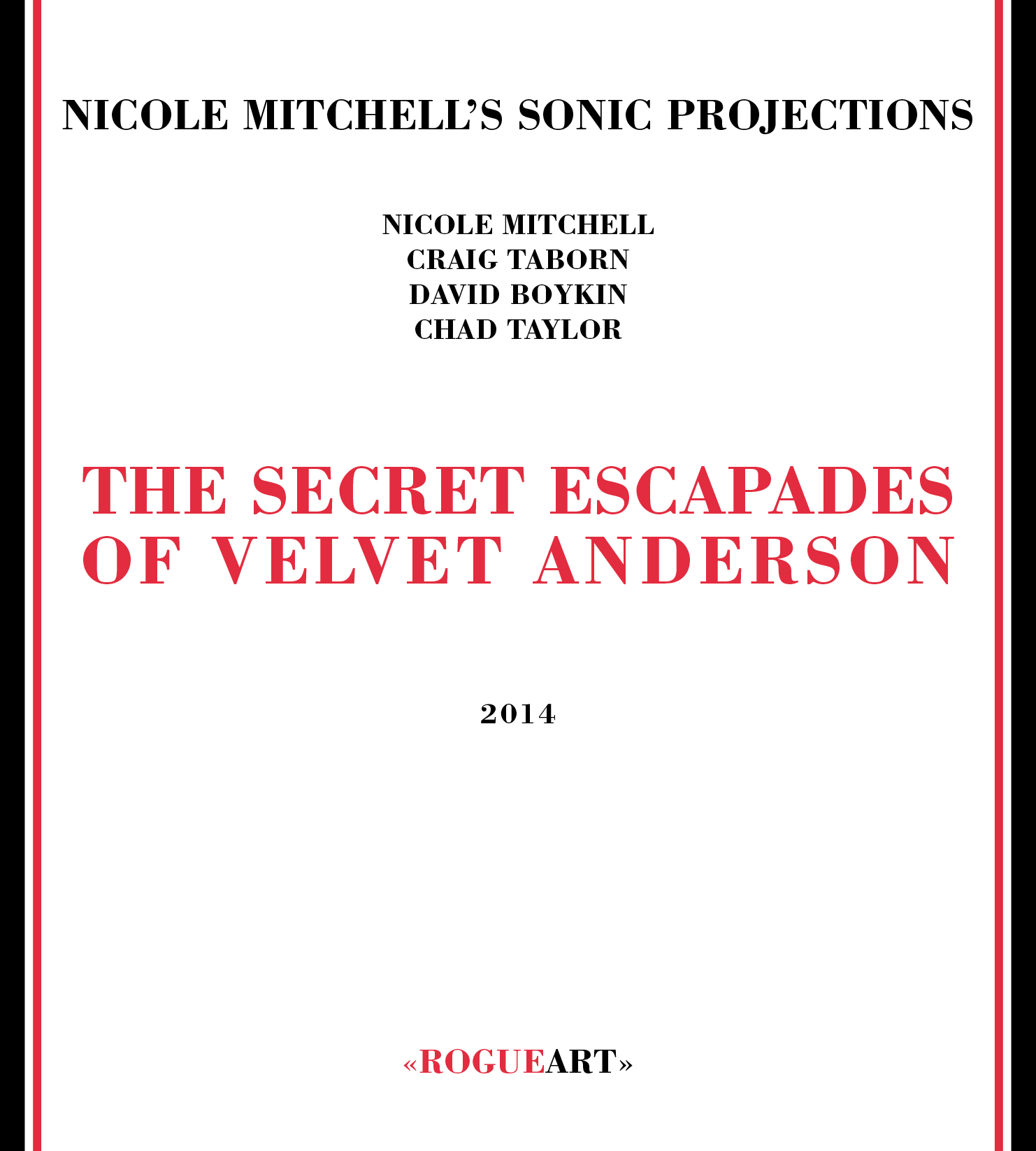 THE SECRET ESCAPADES OF VELVET ANDERSON

“As the album moves on, it only gets better and better; and Nicole elevates herself to new heights”

All compositions by Nicole Mitchell

The Velvet Lounge was a stellar environment for the development of creative music in Chicago and Fred Anderson provided support, encouragement, and inspiration to countless musicians for generations, while garnering an international audience for the music… He was a quiet man who rarely shared his ongoing struggles with the city and with local gangsters to keep things running. ‘The Secret Escapades of Velvet Anderson’ likens Fred Anderson to a superhero, whose humble exterior masked his real-life heroic trials and tribulations beyond the public’s awareness…
…The album is an animated illustration to further deepen the public’s impression of a real-life hero of Chicago, who walked with us and fought for us. I wanted to make Fred smile, to think that in this animation he can be a secret agent working against forces of musical demise.
Nicole Mitchell