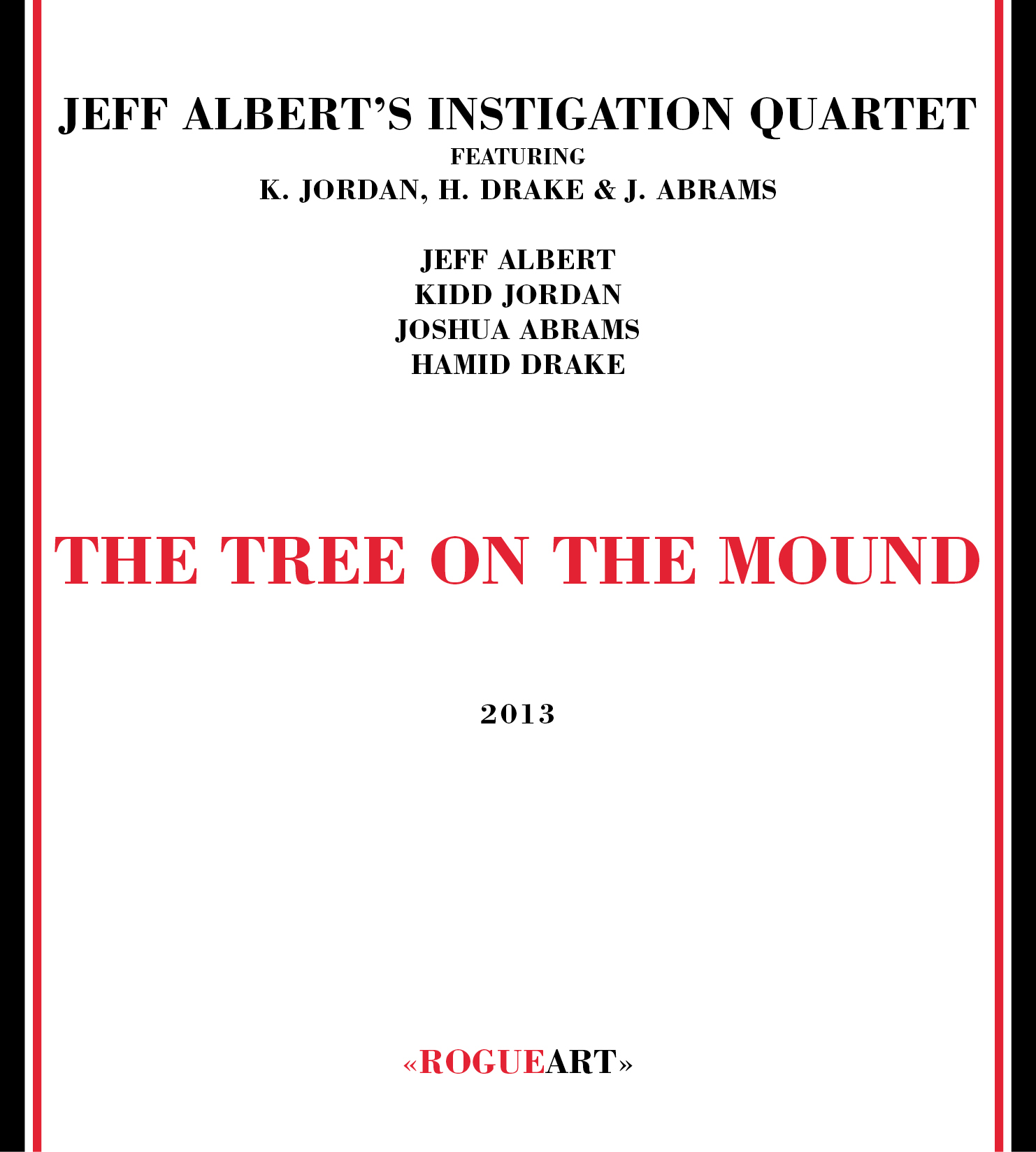 THE TREE ON THE MOUND

“The musicians have dug irrigation canals into society and the universe, overflowing with their energy”

Special thanks to Jeff Zielinski and Nobu Ozaki, your help was instrumental.

It's on. It's overflowing with energy.…
… Albert, Jordan, Abrams and Drake are torrential partners. After an experiment led with the saxophone player Tobias Delius during the Fall of 2010 in Dortmund, and a “Kidd” Jordan eye-opening concert during the Summer of 2011 in New Orleans, Jeff Albert chose to record these very instigations with this very quartet, where he met again with the Bindu instigator, Hamid Drake, and the upright bassist of its third incarnation, Joshua Abrams. Because since Dortmund, the trombone player has made it a habit to experiment on this particular strategy consisting of improvising, indeed, but also of giving a minimum of verbal indications to the improvisers, so they cut across country, and “right away” dive into one of the hearts of the subject matter, in order to approach faster the unknown that awaits them. However, this marking out does not restrain any possible exit, since nothing is written and each player remains free to interpret in his own way these few instructions, which only act as opening guides. Once the space is open, the spinning-tops thrown in, the improvisation follows its natural course and all excesses are allowed…
…Suddenly, there are no more disasters, all promises are kept. Near the quartet's fountain, the lands are neither arid, nor submerged. The musicians have dug irrigation canals into society and the universe, overflowing with their energy. Alexandre Pierrepont, excerpt from the liner notes