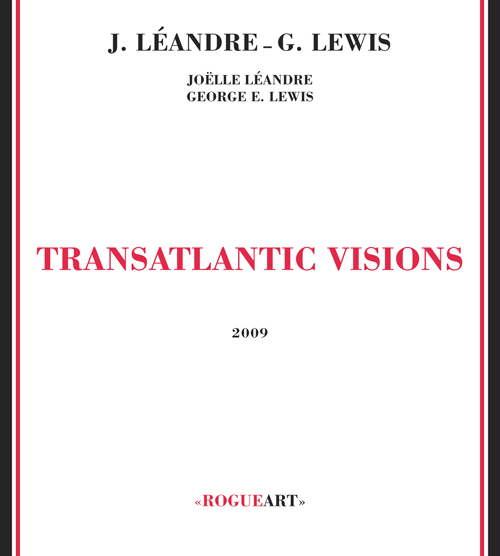 “A strong bond existed between these master musicians; they listened closely and responded sympathetically”

TRANSATLANTIC VISIONS is the live recording of the Vision Festival XIII concert (New-York, June 2008), which has been awarded "Best Performance of the Year" by the monthly magazine All About Jazz NY.
Léandre plays with Bailey who plays with Lewis who plays with Léandre. Lewis plays with Les Diaboliques and Günter "Baby" Sommer or Paul Lovens. Léandre plays with Lewis and Steve Lacy, with Lewis and Anthony Braxton. The good thing, in the unknown world of known improvisers, is that everything is crater and archipelagos... ...Then, and foremost, have no reason to wait. The improvisers are first and foremost sound modifiers or particle accelerators. The chain reactions they provoke aim at the amorous new world. Alexandre Pierrepont, excerpt from the liner notes