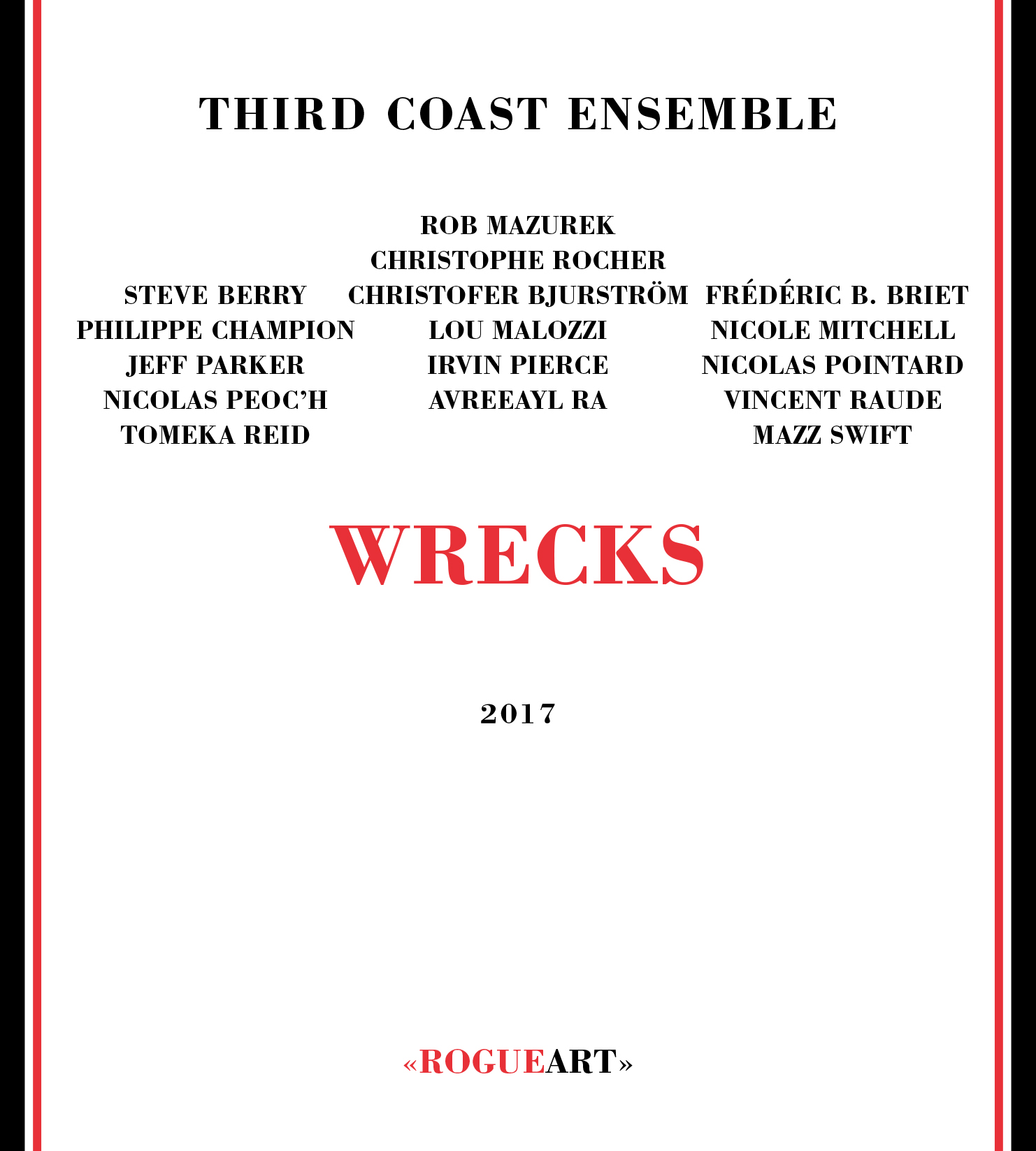 “Avant-garde and in the tradition of large ensembles are compatible, this album proves it”

All compositions by Rob Mazurek

All members of the Third Coast Ensemble tread along restless shores, always singular and often impenetrable. The orchestra is born from the meeting of musicians from Chicago, in the United States, with those of the Nautilis Ensemble based in Brest, France. On one side, the shores of the vast Lake Michigan, also called the “Third Coast of the United States”; on the other, the wild surroundings of the Finistère and the North Atlantic. Common collective imaginations, then. A few stories of ships swallowed up by the stormy waters of the lake and the ocean, so close after all, off the coast of Chicago and Brest, even elsewhere, inspired WRECKS. Alexandre Pierrepont told (us) with great ardor of these shipwrecks and added to those his own digression, “Loyalty Islands” – tales which have traced subliminal lines for Rob Mazurek’s compositions and each and everyone’s improvisations.