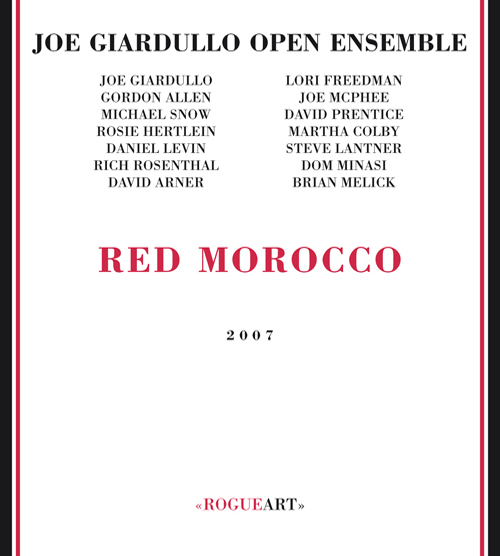 Joe Giardullo (Brooklyn, NY- 1948 ) is a soprano saxophonist/ composer whose work encompasses avant jazz, new complexity, indeterminate and new music genres. Although he began his music studies in elementary school, he is primarily a self-taught instrumentalist, with isolated studies with Don Cherry and Leo Smith. However, in 1967 he began his study of Indian music .Those studies, over a period of seven years, became primarily focused on rhythm. At the conclusion of those studies Joe began intensive private study of the Lydian Chromatic Theory of Tonal Organization as developed by composer George Russell. In 1976, Joe began composing what he considered to be “experimental” works; those pieces remained unplayed for 2 years. A chance meeting, however, with pianist Paul Bley, resulted in a recording of those compositions, collectively called GRAVITY (1979), works for Creative Chamber Ensemble. That recording met with both commercial indifference and critical acclaim. At the same time, unknown to Joe, his Indian music teacher sent copies of the Gravity scores to Nadia Boulanger, her former teacher. Madame Boulanger responded by inviting Joe to attend her classes at the Paris Conservatoire. However, Joe’s circumstances prohibited him from attending. From 1977 to 1980, Joe divided his time between New York and Europe, working on his Gravity compositions in private and publicly performing as an avant jazz instrumentalist. He became involved with the composer Anthony Braxton, doing pre-production work on Braxton’s MUSIC FOR FOUR ORCHESTRAS (Arista) and through his association with Braxton, became familiar with the work of Stockhausen and Berio, among others. Joe received a National Endowment for the Arts Fellowship in 1979, sponsored by Mr. Braxton.Joe retreated from public performance in 1981 and did not emerge again until 1991. During this time, he played privately and the evolution of his Gravity compositions for Creative Chamber Ensemble continued. It was again a chance meeting, this time with the internationally known multi-instrumentalist Joe McPhee that brought Joe back to performance, and also introduced his music to composer Pauline Oliveros. Ms. Oliveros has commissioned 2 works from Joe and she has performed numerous of his compositions in the last 20 years. A series of residencies, commissions, recordings and international performances have followed. As an instrumentalist, Joe has performed throughout the US, Canada and Europe, and with artists Pauline Oliveros, Stuart Dempster, The Deep Listening Band, Joe McPhee, Steve Lacy, Carlos Zingaro, Milford Graves, Bill Dixon, Marilyn Crispell, Vinny Golia, Bobby Bradford, Thomas Buckner, and Lori Freedman, among many others, including Lester Lanin and Peg Leg Bates. In 2009, Joe launched SOPRANOPLANET.COM, a website for his new work as a designer of custom mouthpieces for soprano and sopranino saxophones. Almost 2,000 soprano saxophonists a month visit Sopranoplanet now and Joe's mouthpieces are being played by professionals worldwide, by both jazz and classical players. Read what players are saying at www.Sopranoplanet.com