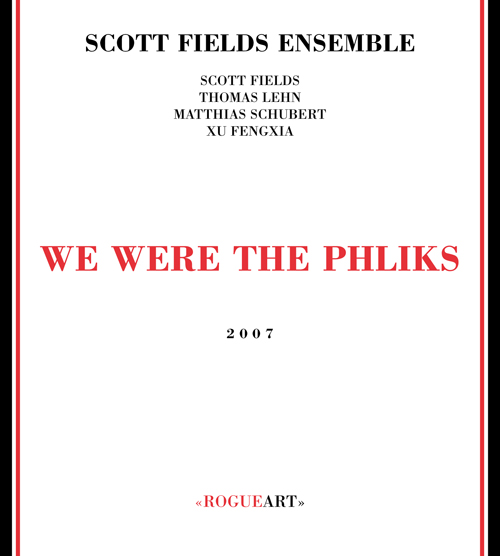 My mother is Barbo Rückert (nee Goldberg), from “Little Egypt” Illinois, where she was, among other things, a marching-band twirler of flaming batons and “Promising Young 4-H Scholar” for 1946. My father was Izzy Feigenbaum. He was born on a chicken farm a few miles outside of Galesburg. They sold primarily to the kosher markets on Chicago’s northwest side. Like his three older brothers, he worked the farm until his father, Abraham, moved the family to Gary, Indiana, where he took a job in the steel mills. When my father graduated high school, he moved to Chicago Heights, not that far from Gary but far enough, he said.

I was born in Chicago on September 30, 1956 (sharing my birthday are Steve McCall, Freddie King, and Buddy Rich, who said I had a lot of gall sharing his birthday, since he played with Sinatra, Bird, and blah blah blah). I lived in Chicago Heights until I turned 14, when I ran away from home. For a while I panhandled and worked as a spotter for drug dealers in the Hyde Park neighborhood (where the AACM flowered) on the South Side. That’s when I first learned guitar, sitting in the wings of the Regal Theater and listening to blues musicians on Maxwell Street. That’s also where I earned pocket change stealing hubcaps from tourists’ cars and then selling them back as identical replacements. For a few quarters musicians like Hounddog Taylor and Scotty Honeywealth (of Scotty and the Ribtips) were willing to share a little of what they knew. Eventually I became one of the counter-culture people on the near north side (at the time a land of earnest folk singers and money-grubbing rock bands) before moving to Madison, Wisconsin a coon’s age ago. Now I spend most of my time in Cologne, Germany, which, among other things, was home to the late James Choice Orchestra, now reborn as the Multiple Joy(ce) Orchestra.

I graduated from William Ray Elementary School, attended Kenwood High School for half a year and Central YMCA High School for another year. Eventually I was able to pass the GED test. Much later I received a diploma in “electronics technology” from the DeVry Institute of Technology, entered the University of Wisconsin at Madison as a music major before graduating with baccalaureates in economics and journalism and a Masters in mass communication research from the School of Journalism. In addition, in the past 30 years a number of fine musicians have attempted to teach me, often in vain. I’ve studied classical guitar with Sherry Conway, George Lindquist, Javier Calderon, and Wulfin Lieske and jazz guitar with Carl Michel and Roger Brotherhood.

As always, I’m currently juggling a variety of projects. In January 2009 I recorded a modular piece for large-ensemble (24 players in this case) which is due on Neos Music later this year and a second CD’s worth of settings of Samuel Beckett plays for my quartet with John Hollenbeck, Scott Roller, and Matthias Schubert that New Word Records released in July. December 2007 I recorded a suite and an extended single-movement piece for Stephan Rath (theorbe) and myself (classical guitar) that we premiered in May for the Cologne Musiktriennale. That is expected out on Neos, er, soon.

Past projects include music for the videos of Douglas Rosenburg, a commission for Li Chiao-Ping Dance that was a “reimagination” of J.S. Bach’s third cello suite BWV 1009, and the trio suite christanglefox (482 Music). Working backward, the previous large project, released on the Italian Rossbin label, was an extended suite—which was funded by the Dane County Cultural Commission and Madison CitiARTs—for a quintet that includes percussionist Carrie Biolo, double reedist Kyle Bruckmann, single reedist Guillermo Gregorio, trumpet player Greg Kelley, and myself. Earlier crap includes a piece for contrabass and percussion that was a commission from the Wisconsin Alliance of Composers, a large, modular composition 96 Gestures, which was released on CRI and will be reissued by Neos, a prototype and first score for The Truth Machine, a device that allows large ensembles to react to a single scrolling graphic score for the Milwaukee Improvisers Orchestra, and, way back, music for a children’s performance from the dance troupe Kanopy and music for choreographer Li Chiao-Ping.

From the time I purchased my first guitar at age 12 until I was in my early twenties, I practiced and studied relentlessly. My early influences were, in general, the lamest possible pop, a retelling of which earned me a spot as The Onion’s featured pathetic geek in their now defunct Pathetic Geek Stories cartoon stip.

At my first professional performances I was still too young to legally enter the bars in which my blues bands appeared. Then, when I was 19, after a couple of years playing in various rock groups, I became increasingly influenced by the AACM performances I had been attending for the previous several years. I then began performing in a loud, free-jazz trio, which lasted until shortly before the premature death of one of its founding members, trumpeter and organist Stan White, in 1973. Take acid every day for a couple of years and see what it gets you. For a long period after that I was institutionalize and although at first I continued to practice, it was impossible to perform musically. In 1989 I started composing and playing again.

I’ve been pretty well obsessed with structures for improvisation for some time. And although I don’t like to make a big deal about it, when pressed I’ll come up with some catch-phrase or another for the style of music. I used to refer to it as “post-free” jazz, because I thought that the genre didn’t exist and thus prevented me from being lumped into one camp or another. Not long after I was disappointed to be included in an article about post-free jazz, so I switched to “neo-revisionist improvisation” hoping it would be even less meaningful. Unfortunately, it wasn’t meaningless enough and reviewers started mentioning it. I then tried “transparent music.” and taunted reviewers to “make something of that.” One did. Now my term of choice is “exploratory music.” Whatever the stuff is called, over the last decade or so I have concentrated on providing a method through which chamber ensembles can develop extended improvisations. Three such pieces are the 1996 composition and Cadence Jazz Records CD 48 Motives, the 1998 composition and CRI CD 96 Gestures,, and OZZO scheduled for Neos Music release, all of which allow musicians great freedom to create compositions that can vary radically from performance to performance.

In concert, a conductor uses the American Manual Alphabet as well as traditional conducting gestures to select from melodic fragments (not all are played in any one performance, and they can be repeated and combined), instrumentation, dynamics, tempi, and other musical attributes. As musicians switch between motives, the basic materials for their improvisations—primarily 48 non-linear scales upon which the motives and gestures are built, but also the underlying feels—change.

These motives are built on a tonal system that Stephen Dembski developed for his own classical compositions. In Dembski’s “circles,” the interaction of two 12-pitch tone rows is used to construct closely related non-tonal scales. For the past six years, I have relied on this harmonic system—simplified and notated for improvisers—almost exclusively. That said, however, the system comes into play primarily in the large ensembles. As the size of the ensemble decreases, the amount that I depend on the system decreases as well. By the time you get down to trios, duos, and when I play solo, you can hardly hear it at all.