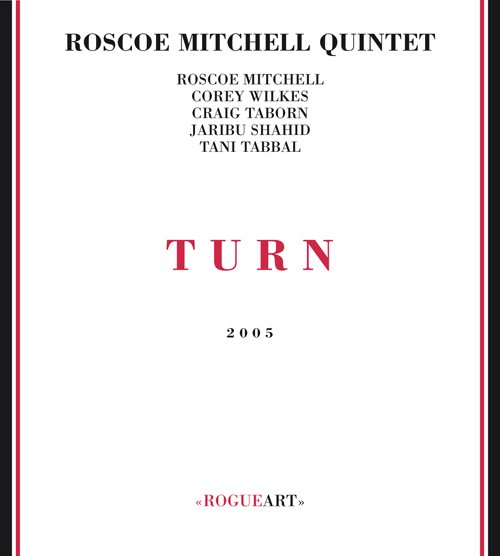 “Turn confirms that there’s no let up in Mitchell’s creativity, whether it’s as part of the AEC or on his own”

All compositions by Roscoe Mitchell

It's been many years since the multi-facetted art of Roscoe Mitchell overwhelm us, whether with the Art Ensemble of Chicago, or his Note Factory, or his solo performances or so many projects with so many giants. However, we know that Roscoe Mitchell still has much to say. Incredible as it may seems, this here quintet generously offers yet another dimension of his music. The first striking thing in "Turn" is how Mitchell perfectly controls such an elaborate speech while, rich as may be the written parts, they never hamper the freedom to ad lib. And that's why each new listening at "Turn", each of Turn's turns (and there are many), bring new emotions and wonderful surprises. Roscoe Mitchell unquestionably is the architect of this refined musical building called "Turn"; however, without such great musicians as Corey Wilkes, Craig Taborn, Jaribu Shahid and Tani Tabal, the other members of the quintet, we wouldn't have entered it so easily. For all these reasons, we dare say "Turn" is a masterpiece. And we do mean masterpiece!