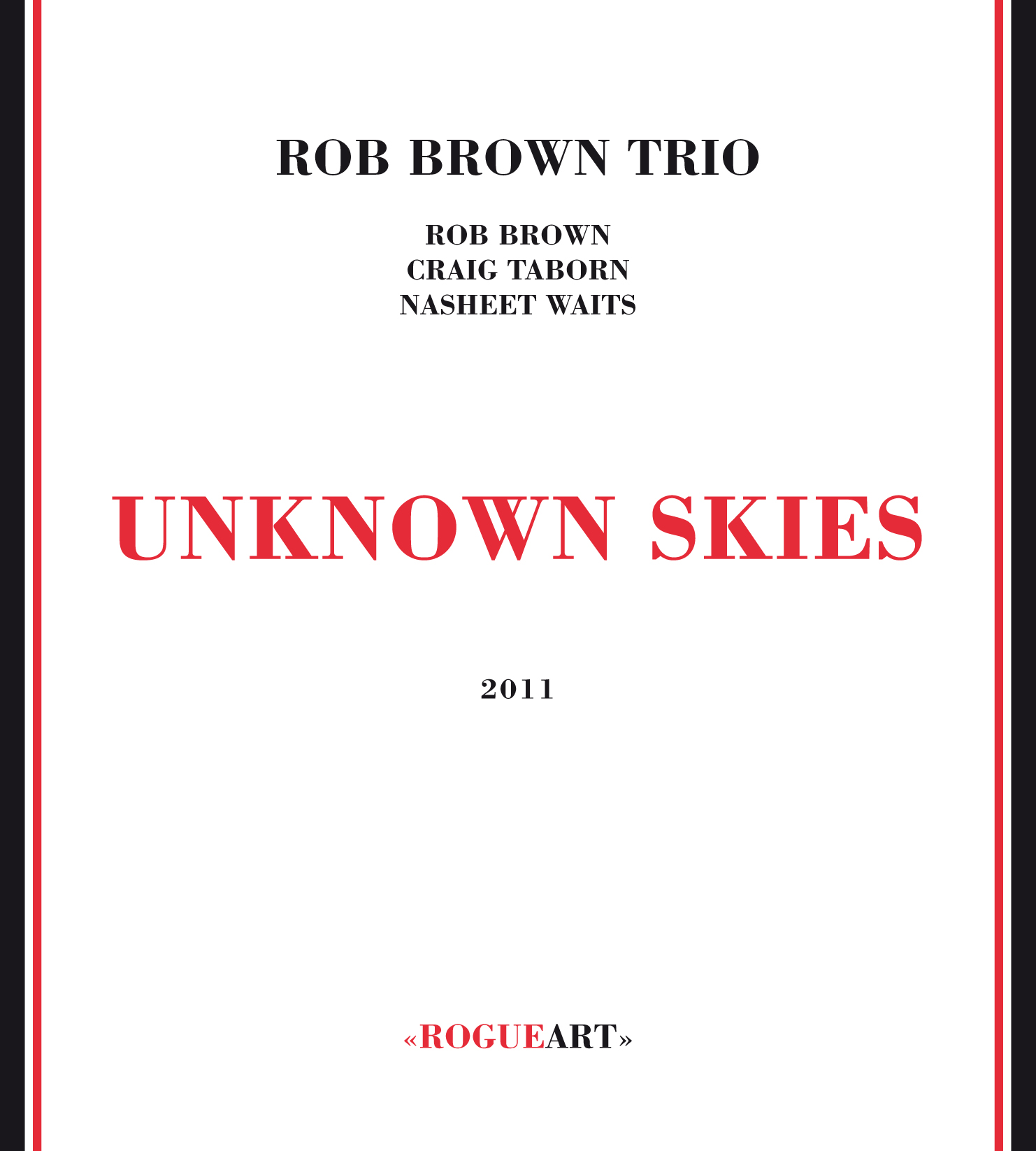 “Without a bass, this trio gains in incline what it loses in balance; everyone plays at ease across”

...Every trio without a piano, or without a drums, or as in this case without a double bass, gains in incline what it loses in “balance”. It only takes a little sometimes. Everyone plays at ease across. Everyone can split themselves. There are no more solos as solos but phases, circles of influence and predominance which do not last. The duos bind and unbind more clearly, the contrasts stand out better. The theme is no longer material to develop but, as in Unknown Skies, a lyrical and volatile substance which evaporates between the communicating vessels of two duos within the trio, from the sweet wanderings of Brown and Taborn to the moats where Taborn and Waits dance. Here and there. In the middle of Bounce Back, the theme is a branching, and only a branching, connecting the spiral discussion between the saxophonist and the drummer and the take off of the pianist. Here and there. On The Upshot, the theme does not unfold, it coils and rewinds more and more rapidly, up to the clearing. Bobbin-clearing. When it is still exposed in due form, and comes back at the end, as on A Final Line, the theme seems almost unable to bear the pressure of what will follow, of what has gone before. Alexandre Pierrepont, excerpt from the liner notes