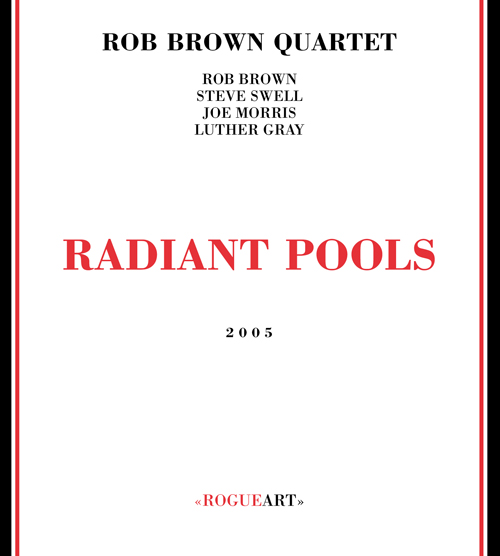 Rob Brown has a sound of his own, one that you instantly identify, and it's a wonder why his unique way of playing alto saxophone still hasn't found the recognition it deserves. With "Radiant Pools", not only does he confirm what a great musician he is, but he also shows how he can give life and soul to an orchestra... and what orchestra! Quite noteworthy is the way Rob Brown's alto sax (hear his high notes) and flute, and Steve Swell's trombone complement and enrich each other; respond to one another while Swell shows as much talent as a soloist than composer. The rhythm - and sometimes improvising - section is brilliantly composed of Joe Morris (who also wrote a wonderful piece) on the bass, although he gained a top-ranking reputation as a guitar player, and Luther Gray whose perfect knowledge of dynamics is a clear clue of how great a drummer he his. "Radiant Pools" also proves that written and free form improvised music can make a happy combination for the recipe of a consistent musical piece... as long as the service is first-rate!