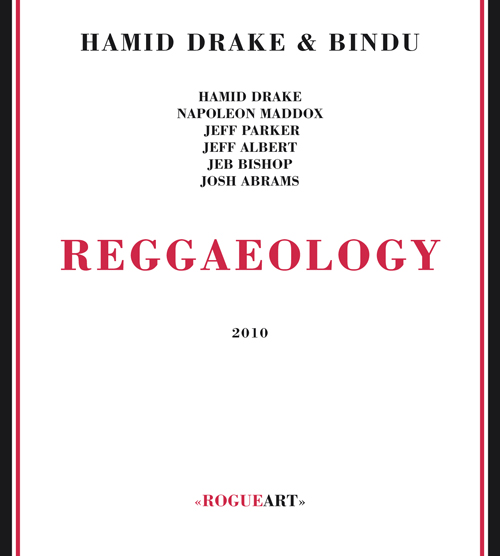 “The third Hamid Dralke and Bindu dedicated to a rapprochement between “jazz” and “reggae”: a recording of “Great Black Music””

Following the stream of time and the dances of Kâli, the successive incarnations of Bindu, more a crew, sailing, outward bound, an elective community of musicians, than a defined group of people, divulge the logbook of navigation by Hamid Drake. A logbook of boarding sounds, which is not written but delimits and unlimits the narrative space where the drummer and percussionist freely circulate...
...The third Bindu, dedicated to a rapprochement between “jazz” and “reggae” – neither a recording of “jazz” nor a recording of “reggae”, but a recording from the “Great Tradition” – continues to create open environments...
...Whatever he does, the creative musician states the collective value, the variable mutant of play. Euphoria. At the second hearing, if all goes well, if he got across Kâli’s heart, if he or she does not hide no more, the listener should have grown younger by two or three sources of happiness. Alexandre Pierrepont, excerpt from the liner notes