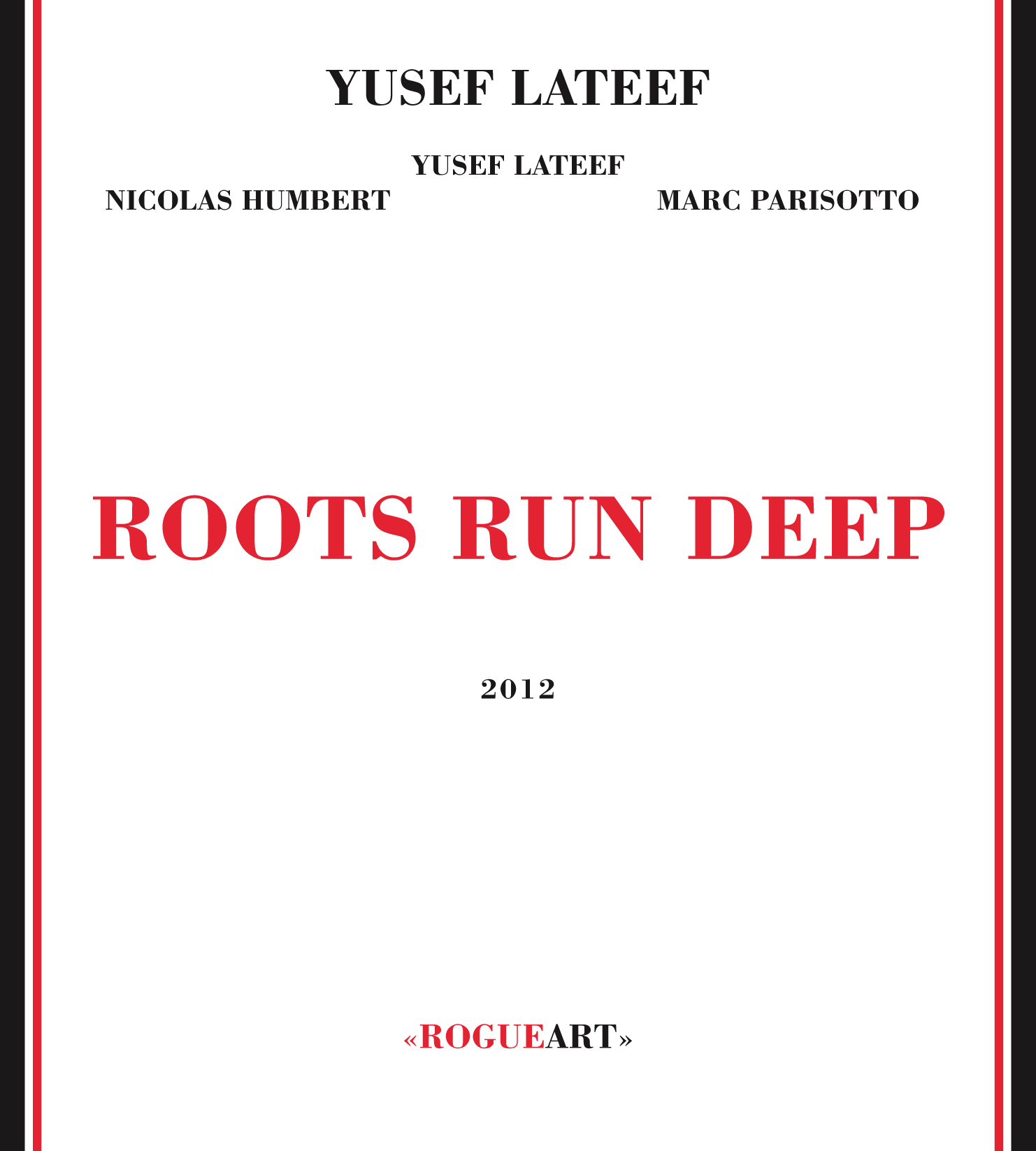 All compositions and words by Yusef Lateef except 4, traditional

ROOTS RUN DEEP is a work conceived by Nicolas Humbert and Marc Parisotto based on the original readings and improvisations by Yusef Lateef.

The stories Cream Puff, Where is Lester, Goodbye and Interior Monologue are published in the book “Spheres – Stories by Yusef Lateef”, Fana Publishing Company, Amherst, Massachusetts, 1976. They are reproduced here in the booklet.

Nicolas Humbert and his co-author Marc Parisotto decided to make a further montage of the readings and songs for the album “Roots Run Deep”. There are short stories and poems set to music, beautifully interwoven with the music Yusef Lateef had played during the shooting of the film “Brother Yusef”. “I return as in a dream of a great American musician” says the old man in a great passage about Lester Young, as sounds and words melt into one song, drawing us closer to the aura of a great jazz era that he himself still incorporates. A true survivor whose roots run very deep indeed. “I’m always making sure that these sounds are coming from the core of my heart.” Karl Lippegaus, excerpt from the liner notes

There was something magical about the recording sessions with Yusef Lateef. We’d agreed to record every afternoon at his home for a week. We could already hear his saxophone in the distance as we approached his house in the woods. Even as we unpacked our gear, Brother Yusef didn’t interrupt his playing. It was a form of immersion, which he never left in the hours that followed. His playing was a long prayer. Nicolas Humbert, excerpt from a short text written for the booklet.