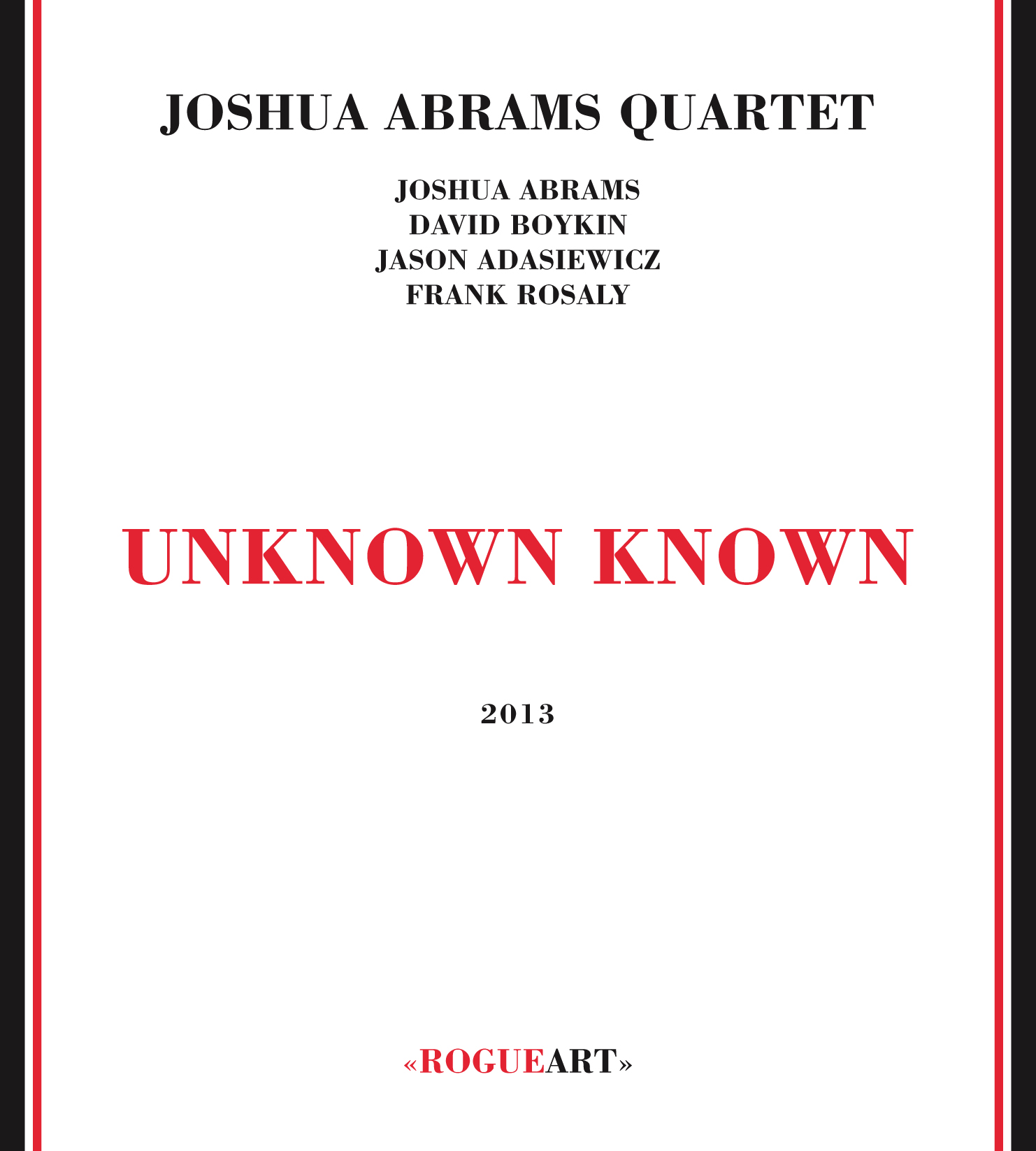 Notice then how, in Unknown Known, “things” seem to settle in, so much so and so well they immediately freeze, before uncoiling, disintegrating, tearing apart, and come back as shadows. Notice how, on Boom goes the Moon, the theme is enmeshed then hypnotic, and the second part, like a harmonious cloud floats before imperturbably exploding. Notice how on Settle Down, a rooted melodico-rhythmical motif is unearthed in all possible ways: one after the other, the musicians take off embarking with them the whole thing, which eventually reassembles. Notice how on Look Through It, everything is centered around polarization: the dice are cast but nothing unfolds, everything changes, below, above, as if in a kaleidoscope where even after all the possible adjustments are made, the mobile fragments of colored glass don't produce any definite shape anymore. The approach, how we choose to listen, all are sowing needles. Notice then how, on Leavening, the music with its necklace of resonances sink into the ground, digs a groove, pries a breach open, splits a wound to show a myriad of fish. And within its net is a theme which arrives late, it sets off, it's a theme created to trigger shivers. Notice how, on Pool, the running waters are now within the sleeping waters. This music is at times called “creative” because it invents anew uncommon relationships between things and beings which have a reciprocal influence on each other. The music is right in front of you. Wander into the music. Alexandre Pierrepont, excerpt from the liner notes